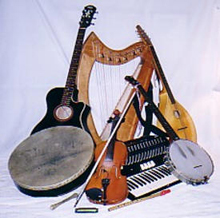 Irish Music is the generic term for music that has been created in various genres on the entire island of Ireland. The indigenous music of the island is termed Irish traditional music. It has remained vibrant through the 20th, and into the 21st century, despite globalising cultural forces.

In recent decades Irish music in many different genres has been very successful internationally. However, the most successful genres have been rock, popular and traditional fusion, with performers such as Clannad, Enya, Westlife, Thin Lizzy, The Pogues, The Corrs, The Chieftains, Riverdance, The Irish Tenors, Boyzone, Van Morrison, The Cranberries, U2, and Eleanor McEvoy achieving success nationally and internationally. 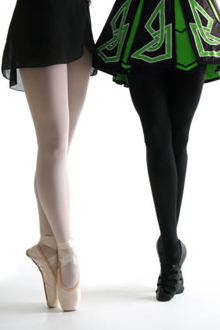 Irish dance is a group of traditional dance forms originating in Ireland. Irish stepdance, popularized in 1994 by the world-famous show “Riverdance,” is notable for its rapid leg movements, body and arms being kept largely stationary. The solo stepdance is generally characterized by a controlled but not rigid upper body, straight arms, and quick, precise movements of the feet. The solo dances can either be in “soft shoe” or hard shoe”.