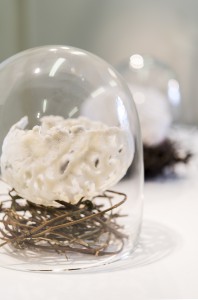 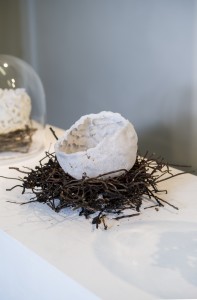 Belfast artist Ailson Lowry is currently in Bergen and is currently artist in residence at Galleri S12 (www.s12.no).
Her Vernissage for her exhibition Contained, is on  August 14th at 19.00. I am sure that Alison would be delighted to meet some of the Irish living here in Bergen.
Attached is a blurb and some images for your website. Here is the link for the FB event page – https://www.facebook.com/events/110562299284648/
Heres some more info about Alison and her exhitibition which will be on show from August 14th to September 20th.
EXHITIBITION
CONTAINED
Alison Lowry August 14th – September 20th 2015 Vernissage August 14th at 7 pm
In the exhibition ”Contained”, Alison Lowry presents a collection of works where she examines how we are constrained by ourselves, our memories and physical environment. The exhibition will include works shown at the Ebeltoft Glass museum in Denmark earlier this year, and new work where she´s dealing with similar questions. An installation and sculptures of various sizes where Lowry responds to ideas of memory, both personal and collective, with a focus on its reconstruction and deconstruction, will be shown at S12. In her latest work Lowry is concerned with scientiﬁc approach to remembering, be it neurological and surgical, false or implied, physical and emotional. During a residency at the Corning Museum of Glass, Alison started investigating the psychological phenomenon, ‘Repetition Compulsion’. This term was ﬁrst coined by Freud in 1914, and describes a compulsion to repeat a traumatic event or the circumstances surrounding it over and over again. This interest led to a research of memory, speciﬁcally traumatic memory and where it is placed within the brain and how we can essentially be ‘held captive’ by our past. Alison Lowry is now collaborating with Tony Gee, Professor of PET Chemistry at the Kings College London hoping that this new research will drive this body of work in new directions. Alison Lowry is a glass artist based in Belfast. She graduated from the University of Ulster in 2009 and has since won several awards, including the Silver Medal from the Royal Ulster Academy in 2010 and the Warm Glass Prize in 2010 and 2011. Prior to her degree Alison Lowry studied textiles, completing a City and Guilds in Creative embroidery. This interest was apparent in the work she showed in the Young& Loving! exhibitions both in 2011 and 2012. Alison Lowry is an artist in resident at S12 during August. For more information visit  http://alisonlowry.co.uk/ or contact Bergljot Jonsdottir S12 Galleri og verksted +47 911 75 303  (  bj@s12.no )